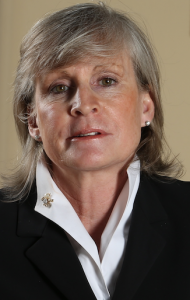 Catherine Little Bert, director and owner of Bert Gallery, has passionately researched and written on the subject of local artists since the gallery’s founding in 1985. The fertile artistic community of the late 19th century Providence has been a focal point of her research and exhibitions.

Bert has contributed to the 2008 publication Infinite Radius: Founding Rhode Island School of Design, Sketches, an art journal funded by the Rhode Island Committee for the Humanities and co-authored with LJ McElroy, includes research by Bert on the early Providence Art Club artists and the important Rhode Island women artists of the 19th century.

Recent lectures include - “Nancy E. Prophet; African American Sculptor” at the Providence Athenaeum, “Edward Bannister and Nancy E. Prophet Against the Odds” at the North Kingston Library, “Mary Coleman Wheeler: (1846 – 1920)” at the News Women Press Club, Washington, DC. In 2017 she is co-curating with Nancy Whipple Grinnell and exhibit on the founding women of the Providence Art Club in celebration of Women’s History Month.

Catherine Little Bert received a B.A. from Providence College and an M.A. from the University of Connecticut. She completed the course work for the Certificate in Appraisal Studies in Fine and Decorative Arts at New York University. 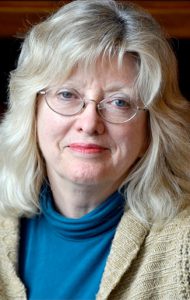 Nancy Whipple Grinnell is Curator Emerita at the Newport Art Museum, where she served for 18 years. During that time she produced over 200 exhibitions, expanded the permanent collection by 800 works, oversaw accreditation by the American Alliance of Museums, established endowments for conservation and acquisitions and organized the Archives dating back to 1912. She also wrote a biography of the Museum’s founder, Carrying the Torch: Maud Howe Elliott and the American Renaissance, and authored numerous Museum catalogues and brochures.

Previously Grinnell was librarian and curator for the Weyerhaeuser collection of American and other art at the Art Complex Museum in Duxbury, Massachusetts. She assisted the late Robert C. Vose, Jr. in compiling his manuscript for Tales of an Art Dealer, published in 2012.

Grinnell holds an undergraduate degree in art history from the University of Pittsburgh, an MLS from Simmons College, has taken courses from the Harvard Extension Museum Studies Program in conservation and museum administration, and in 2004 received an MA in American Civilization/Museum Studies from Brown University. In 2010 Grinnell updated her archival skills in the University of Rhode Island’s graduate archives course and has nearly completed a certification in Appraisal Studies from NYU.

The first major Art Club in America to admit men and women.

The Providence Art Club, the third oldest continually operating art club in America, was the first art club in the country to admit both men and women as members. Six of the first 16 members who signed the original PAC compact in 1880 were women.

The 136 year-old Providence Art Club from its inception has been a cultural force bringing together Rhode Island and environs artists and collectors through art exhibitions and programs.

Today the Providence Art Club has over 600 members, over half of them women.

Gallery Hours: Galleries are currently closed as a precaution against the  coronavirus. We will update the Gallery hours when the situation improves.